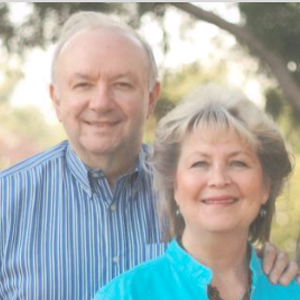 Although not raised in a Christian family, Jim surrendered is life to Christ while watching a Billy Graham crusade on television. While attending Oklahoma Baptist University, he was involved in revival crusades in Oklahoma and the midwest. He pursued his undergraduate studies at Oklahoma Baptist University (B.A. 1969) and graduate studies at Southwestern Baptist Theological Seminary (M.Div. 1973) and at Luther Rice Seminary (D.Min. 1979).

For over 34 years he served in ministry in university communities. While pastoring in Athens, Georgia, he taught Intro to Old Testament and Intro to New Testament at Truett-McConnell College and was a visiting lecturer at both Oklahoma State University and the University of Georgia. He has taught Apologetics-on-Fire Conferences across the nation as well as Africa, Malaysia, Taiwan and Great Britain. He wrote two curriculums on Apologetics for two colleges and developed a broadcast ministry to university students through WDRW-LPFM in Athens, GA. He has been the senior pastor of churches in Oklahoma, Arkansas, and Georgia.

In 2012 Burkett established the Tulsa School of Apologetics and Practical Theology and teaches Apologetics for both Christian laymen and pastors. He is also an Adjunct Scholar for the Josh McDowell Institute for Christian Apologetics.

He is married to Pamala, who received her M.R.E. degree from Southwestern Baptist Theological Seminary. They have one daughter, Deborah, and parented two nephews, Tony and Charles.